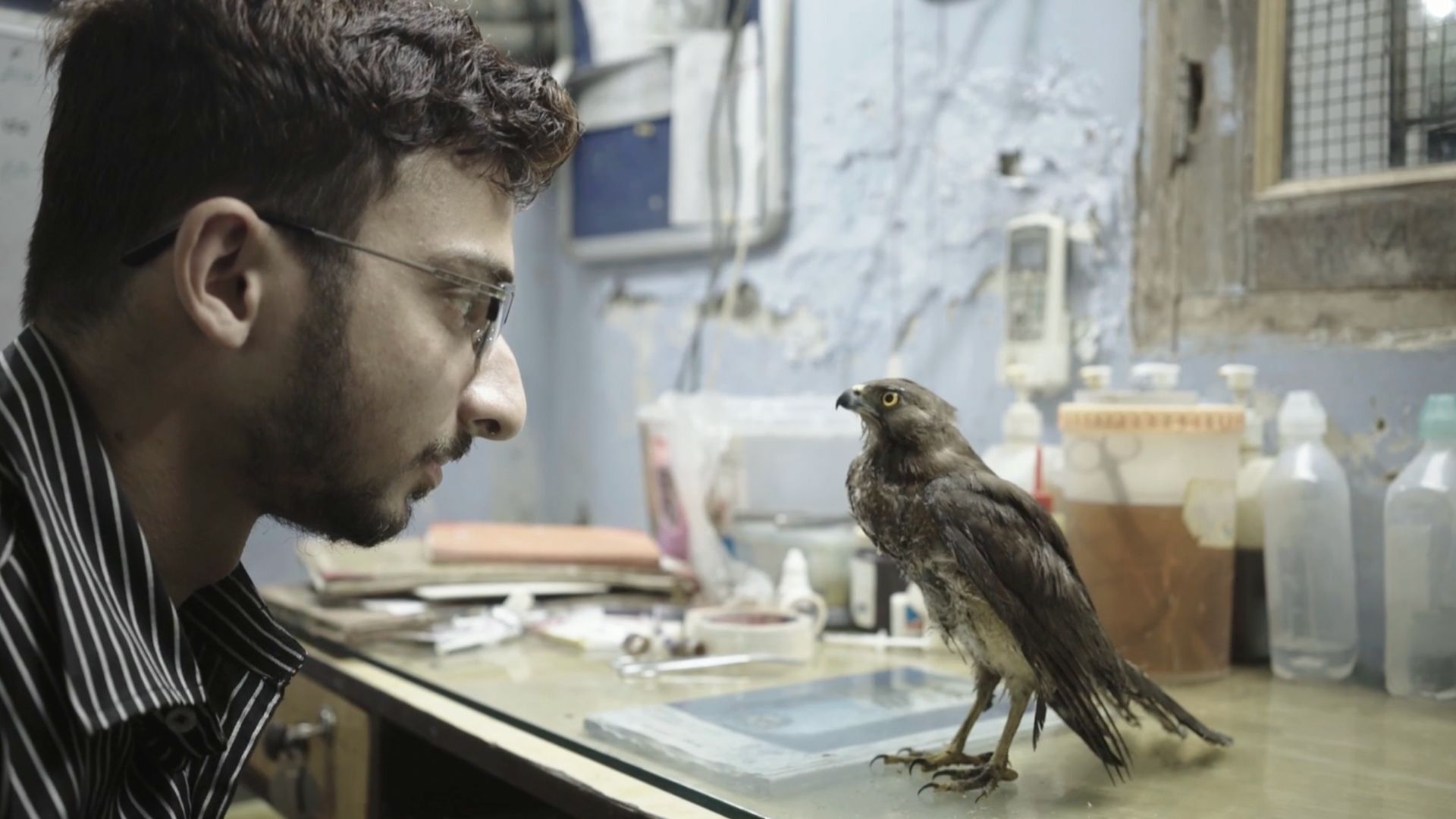 Against the backdrop of New Delhi’s escalating violence, two brothers devote their lives to protecting the kite birds.

The story of Delhi’s environmental toxicity and its escalating civil unrest is woven together by an unlikely figure, a bird – the black kite. In Delhi’s polluted air, black kites routinely collide into buildings and drop out of the sky.

In one of the world’s most populated cities, cows, rats, monkeys, frogs and hogs jostle cheek-by-jowl with people. Here, two brothers fall in love with a bird. From their makeshift bird hospital in their tiny basement, the “kite brothers” care for thousands of these mesmeric creatures that drop daily from New Delhi’s smog-choked skies. As environmental toxicity and civil unrest escalate, the relationship between this Muslim family and the neglected kite forms a poetic chronicle of the city’s collapsing ecology and rising social tensions.

This is the poetic story of one Muslim family and their relationship with these birds, set against the backdrop of India’s sharp turn towards Hindu majoritarianism. Through them, we get a definitive snapshot of contemporary India, and the city’s collapsing ecology and rising social tensions.

Winner of the World Cinema Grand Jury Prize at the 2022 Sundance Film Festival.