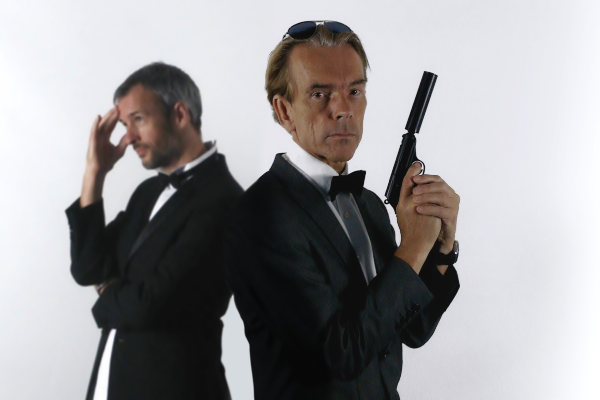 The Documentary New Zealand Trust presentsTHE DOCUMENTARY EDGE INTERNATIONAL FILM FESTIVAL 2022 (DOC EDGE)1 June – 10 July 2022The world premiere of The Other Fellow – a riveting film by UK director Matthew Bauer that explores the challenge of living with the name James Bond, is one of the first films to be confirmed for 17th annual Doc Edge Festival – Life Unscripted. The exceptional 2022 programme, which is their largest in recent years, includes over eighty feature-length and short films that celebrate and explore diverse storytelling.Doc Edge is proud to continue its hybrid festival format of in-person and virtual screenings, offering the best of both worlds for film lovers. Films will be available to stream online nationwide from 1 June – 10 July, with one-off screenings of selected films in their full cinematic glory for week-long runs at cinemas in Auckland and Wellington.Organisers look forward to hosting international directors in-person again during the festival who, borders allowing, will attend the Awards, industry forum, masterclasses, and premiere film screenings.“This will be our third year of offering virtual screenings, and we are excited to be able to continue bringing more films to people all over Aotearoa for a longer time. The beauty of our hybrid model is that we can also welcome audiences and filmmakers back into the cinema, making our 2022 programme multifaceted for all levels of participation” – says General Manager, Rachael Penman.This bold and impactful Oscar-qualifying festival announces the first 16 films.

The Other FellowDirector: Matthew Bauer | United Kingdom | World PremiereThe story of a group of people around the world named James Bond; this film chronicles their shared experience of life in the shadow of the ‘007 phenomena’.Balance of the Five ElementsDirector: Jan Hinrik Drev & Mike Single| New Zealand/China/Germany | World PremiereOn a cinematic journey throughout China, traversing seasons and geographical touch points, we discover how the Five Elements (known as Wu Xing), remain vibrant and relevant in contemporary times.Still Working 9 To 5Directors: Camille Hardman & Gary Lane | USAWhen the highest-grossing comedy, “9 to 5”, starring Jane Fonda, Dolly Parton, and Lily Tomlin, exploded on the cinema screens in 1980, the laughs hid a serious message about women in the office. The film explores why workplace inequality 40 years later was never a laughing matter. Unseen SkiesDirector: Yaara Bou Melhem | USA/AustraliaMass surveillance and art collide in the visually stunning and immersive film following contemporary artist Trevor Paglen’s audacious mission to put a work of art into space.Off The RailsDirector: Peter Day | New Zealand/United KingdomTeenagers trying to escape their mundane existence, find freedom through documenting their parkour skills for millions of viewers online. However, behind their spectacular stunts lies a tragic story of loss and mental illness.The Bowraville MurdersDirector: Allan Clarke | AustraliaTraces the epic David versus Goliath battle between the families of three Aboriginal children murdered in 1990/91 and the criminal justice system that has failed them for over 30 years.Nascondino (Hide and Seek)Director: Victoria Fiore | Italy/United KingdomThis film follows four years in the life of a “scugnizzo” street kid in Naples as he fights for freedom. This fierce yet beautiful battle captures the spirit and soul of a neighbourhood that finds itself both maligned and glamorised, to tell a tale of the human condition in Italy and the world.Girl GangDirector: Susanne Regina Meures | SwitzerlandFollow the life of 14-year-old German influencer Leonie in an exploration of a virtual world overflowing with choices and potential, and a dark side of social media that fame and free sneakers can’t make up for.Into The IceDirector: Lars Ostenfeld | DenmarkThis thought-provoking and cinematic adventure accompanies three of the world’s leading glaciologists on pioneering scientific expeditions to the Greenland ice sheet in search of what the ice can tell us about our climate, its past and possible future.Nelly & NadineDirector: Magnus Gertten | DenmarkThe remarkable and moving love story between two women falling in love on Christmas Eve, 1944, in the Ravensbrück concentration camp.Tigre GenteDirector: Elizabeth Unger | USATracking the rising jaguar trade in South America, a Hong Kongese journalist and a Bolivian park ranger risk their lives going undercover to prevent the damage caused from spiralling out of control. DelikadoDirector: Karl Malakunas | PhilippinesThree environmental crusaders confront murder, betrayal and their own demons as they are tested like never before in their battle to save an island paradise in the Philippines under the shadow of Duterte’s regime.AscensionDirector: Jessica Kingdon | USAThis Oscar nominee aims to understand the Chinese dream. The film observes and analyses the day-to-day lives of people from all walks of life in China’s shifting economic landscape as it sits between closed-off communism and hyper-capitalism.The Island In MeDirector: Gemma Cubero del Barrio | USAThree women travel to the remote atoll of Pukapuka in the Cook Islands, which has never been captured on film before. It takes the viewer into a riveting and poetic personal journey of memory, love, loss, identity and the universal search for wholeness.BatataDirector: Noura Kevorkian | LebanonAfter toiling for decades in Lebanon’s Beqaa Valley, Maria, an unmarried Syrian Muslim woman finds herself and her family unable to return to their hometown. The film examines the age-old Lebanese- Syrian conflict and celebrates the unbending spirit of a woman who fights for her family ahead of all else.And Still I SingDirector: Fazila Amiri | CanadaControversial Afghan pop star and activist Aryana Sayeed mentors young hopefuls as they prepare to appear on a hit TV singing competition show. As the show’s female contestants are on the verge of their dreams becoming reality, the Taliban returns to power.

Full programme and tickets on sale 1 May