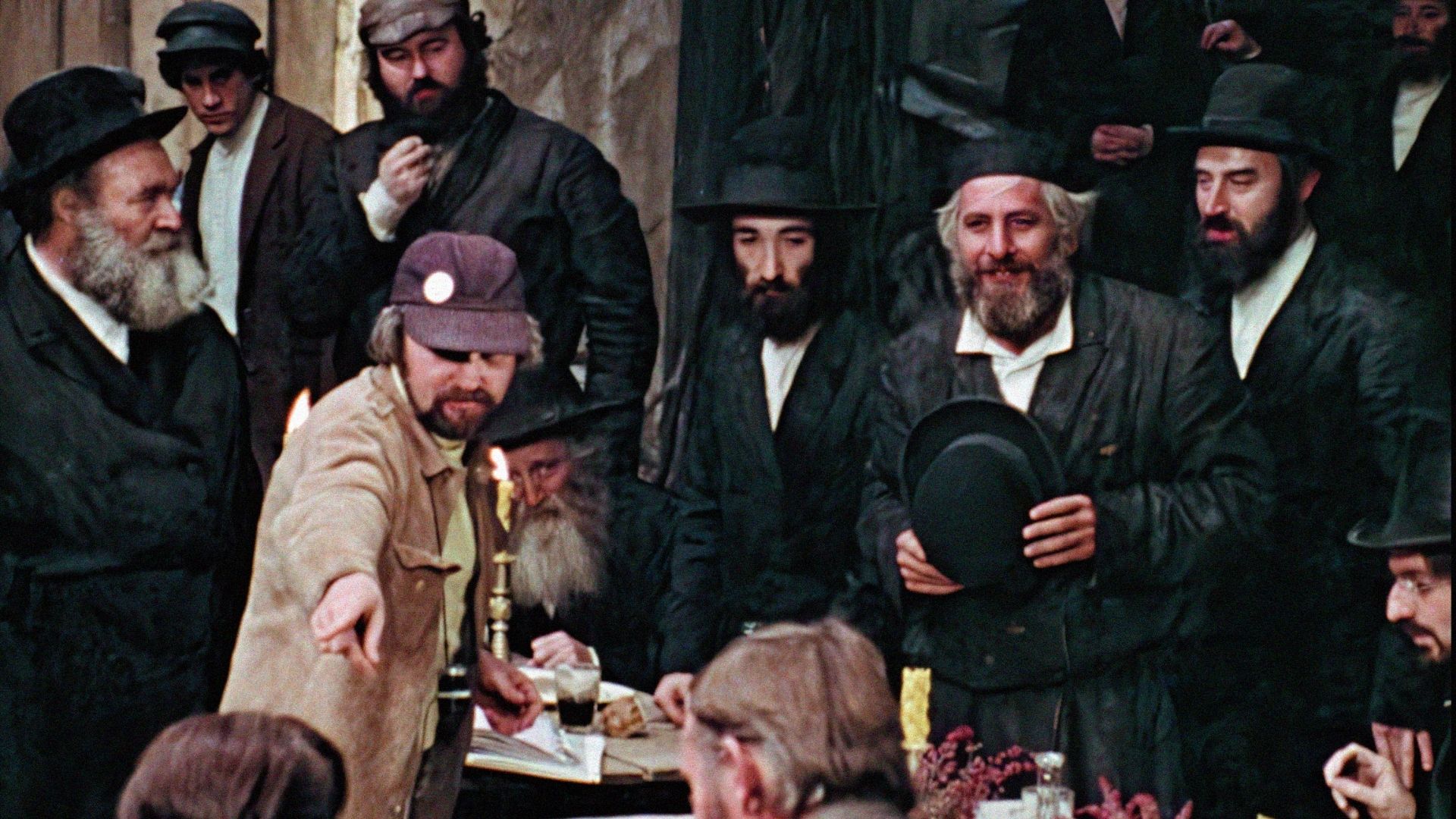 Fiddler's Journey to the Big Screen

2021 marked the 50th anniversary of Fiddler on the Roof, the film Pauline Kael (The New Yorker) called “the most powerful movie musical ever made.”

Narrated by Jeff Goldblum, Fiddler’s Journey to the Big Screen captures the humour and drama of director Norman Jewison’s quest to recreate the lost world of Jewish life in Tsarist Russia and re-envision the beloved stage hit as a wide-screen epic.

Oscar-nominated filmmaker Daniel Raim puts us in the director’s chair and in Jewison’s heart and mind. The film draws on behind-the-scenes footage and never-before-seen stills as well as original interviews documented over a twelve-year period. Dedicated to his craft, Raim interviewed a number of cast and crew including Jewison, the film’s composer John Williams, and the lead cast of actors.

A true labour of love taking years to make, Raim wanted to make a documentary that explored Jewison’s artistry, compassion, and humanity along with his spiritual and creative quest of directing Fiddler on the Roof. Interestingly, Jewison is not of the Jewish faith.

The Wrap – ‘Fiddler’s Journey to the Big Screen’ Film Review: The Making of ‘Fiddler on the Roof,’ 50 Years Later