Doc Edge 2019 prepares for its opening later this month with an incredible line up of over 30 international filmmakers and industry guests in attendance. The Festival is also proud to honour legendary filmmaker Heddy Honigmann as the recipient of the highly esteemed 2019 Doc Edge Superhero award. 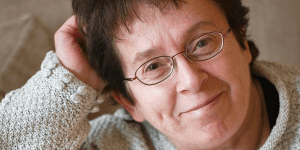 Doc Edge Executive Director Dan Shanan says, “It is both a privilege and honour to be able to celebrate a legend of documentary. Honigmann exemplifies brilliance, compassion, accomplishment and inspiration all at once in her work. The world is blessed with the taonga (treasure) she creates”.

The Award will be presented by Doc Edge Ambassador Judy Bailey at the Doc Edge Film Awards in Auckland on 31 May 2019.

Auckland and Wellington will be swarming with some outstanding industry and international filmmakers who will be available during the Festival. Confirmations include:

Sue Thomson – The Coming Back Out Ball Movie

In addition, with support from the Franco-German Cultural Fund, the French Embassy and the Goethe-Institut, this year’s Festival brings German and French productions and film industry professionals to New Zealand to build connections with local filmmakers and to explore co-production opportunities.