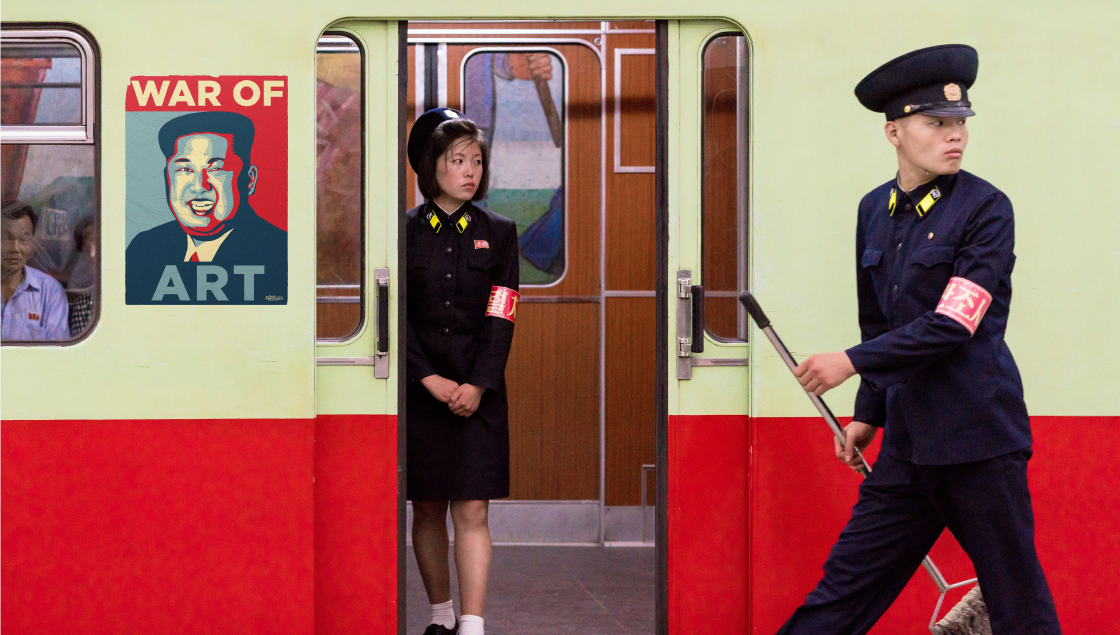 DIRECTED BY
2019
Norway
102 min
BUY TICKETS ADD TO FAVOURITES
“The art of disruption in the world’s most closed regime.”
– Modern Times Review

What happens when a group of international artists travel to North Korea to create art like the regime has never seen before?

The movie portrays the clash of cultures: while the Western culture is keen on originality, North Korean seems more concerned about the quality of performance. Both groups of Western and Korean artists talk about spiritual values conveyed through art, but the values themselves seem to be radically different.

There is comical dialogue between the artists and the local curators and translators about the meaning of art, different lifestyles and the influence of ideology. It also reflects the different personalities of artists – for example, the French provocative artist using human bones and his own blood in his works, or the German musician experimenting with infra- and ultra-sounds.

“Western and Korean artists talk about spiritual values conveyed through art, but the values themselves seem to be radically different.”

While the world is on the verge of nuclear war, a group of Western contemporary artists are invited into the eye of the storm – North Korea. The aim is to collaborate with North Korean artists in an art-exchange project displaying new and challenging art in a country where abstract art is forbidden.

We observe as the notoriously clandestine and bleak country is invaded by this cast of colourful characters. They arrive in pursuit of a peaceful cultural exchange, but the project may well turn into a War of Art.

Previous festival appearances for War of Art include
CPH:DOX, Denmark