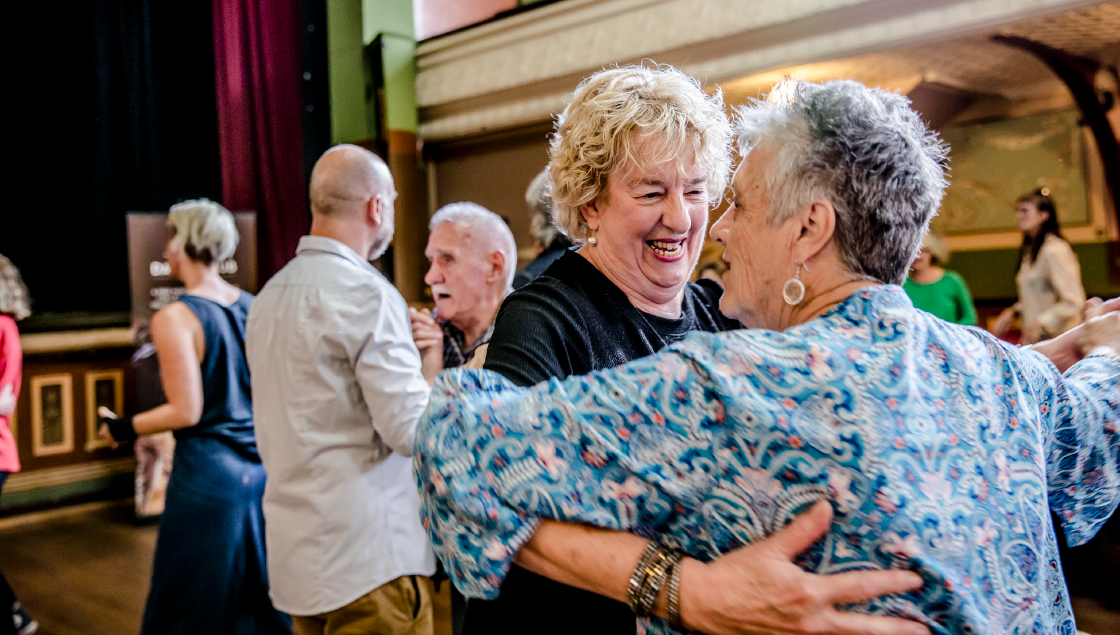 The Coming Back Out Ball Movie

In the middle of Australia’s divisive marriage equality vote, Melbourne hosted a gala event to honour and celebrate its LGBTQ+ elders. These are the stories of the people invited to attend the Ball celebrating their gender and sexual identity.

LGBTQ+ seniors began the fight for equality at a time when being queer could land you in jail, lose you your job or worse. But as they have aged, some of these people have started going back into the closet in nursing homes or when accessing aged-care services, owing to feeling unsafe in these environments.

The Coming Back Out Ball Movie is a record of Australian history, a dark past with a rainbow-coloured future, told via a group of extraordinary people.

“A gift that acknowledges the resilience of this community, a gift of visibility to LGBTI+ elders.”
– All The Queens Men

In a world that is rapidly changing for the LGBTQ+ community around the world, some are experiencing acceptance and love for the very first time in their lives.

Director Sue Thomson captures the stories of some of the key elders being honoured at the Ball.

The resulting film is a life-affirming love letter to senior members of the ‘alphabet’ community, and to Melbourne. It delivers an important message about the necessity of pride, acceptance, equality and dignity at all stages of life – and a whole lot of dancing!

Director, Sue Thomson, presented The Coming Back Out Ball and took part in Q&A sessions in Auckland.