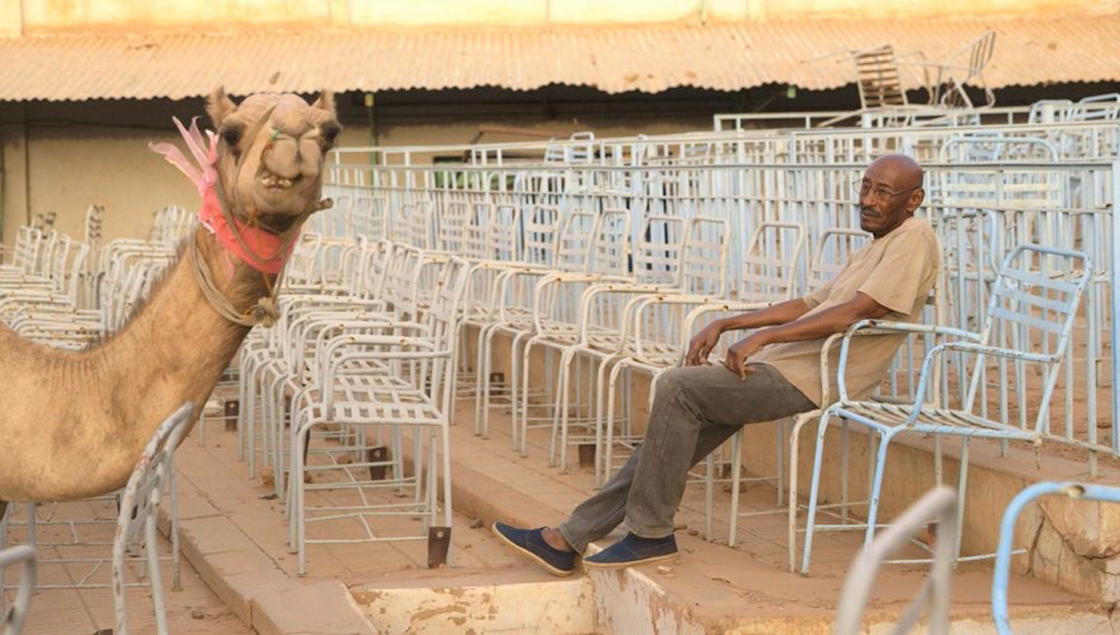 DIRECTED BY
2019
France, Sudan, Germany, Chad
93 min
BUY TICKETS ADD TO FAVOURITES
“As usual, it’s only when something is gone
that you realize how much you miss it.”
– The Hollywood Reporter

Suhaib Gasmelbari’s film chronicles the actions of the Sudanese Film Club, a group of retired film directors. In a country dominated by Islamists who have made the existence of cinema extremely difficult, it’s not a simple job.

Sudan’s film industry and heritage was almost completely destroyed in the years following the 1989 military coup. The four filmmakers, Altayeb, Ibrahim, Manar and Soliman, have been friends for more than 40 years. All of them learned their trade outside of their home country. Now, they aim to inspire the Sudanese people with their own love of films.

Sharing the images they’ve captured during their careers, discussing the ones they’ve lost and the ones they still yearn to capture, the filmmakers reveal the beautiful and horrific faces of their country.

“A quiet and contemplative look at artists forced to face the reality that their work can no longer exist where they live.”
– The Hollywood Reporter

Now, the Sudanese Film Club’s plans are to show films in a mobile cinema and refurbish an outdoor theatre outside of Khartoum. For many, it would be the first time seeing a film on a big screen.

The filmmakers struggle against officialdom and the five-times daily calls to prayer from the minarets of not one, but five, mosques surrounding the cinema.

Now films are so easily available to many of us at home on screens from a phone to projection systems, Talking About Trees explores what’s lost when public exhibition is no longer an option.