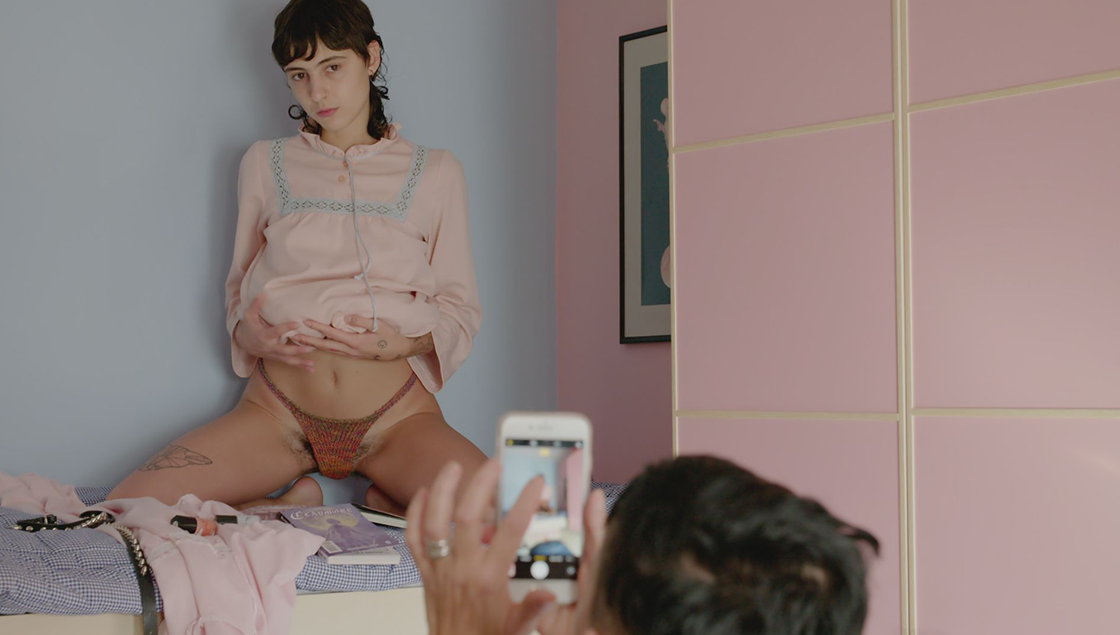 DIRECTED BY
2019
Germany
83 min
BUY TICKETS ADD TO FAVOURITES
“A look at a world where a camera is never a problem – even during sex.”
Cineuropa

At 14, Eva declared privacy an outdated concept and published her first diary entry online. Quickly, she became an internet star, allowing the world to watch her grow up.

Now in her early twenties, Eva fluctuates between life offline, where she recently defined herself an anarchist vagabond and feminist sex worker, and her online persona, an archetype of authenticity.

At 25, she’s a drifter, Berliner, pet-owner, poet, lesbian, sex worker, Virgo, housewife, addict, feminist, model – and believes the concept of a fixed identity has grown old. To her social media followers, her life and the frank pictures and texts she posts about it are like an inspiring film – with more plot strands and climaxes than a soap.

“The reason they made a movie out of my life is that one day I’m shooting up in a public toilet and the next I’m bleaching my teeth in a jacuzzi.”
– Eva Collé

Pia Hellenthal’s debut feature challenges viewers’ boundaries, prejudices and tastes in this tale of a young woman growing up in the age of the internet. Turning the search for oneself into a public spectacle, Eva confronts us about what a woman “should be”.

However, Eva is never a finished article. Her life never stands still, because she is always reinventing herself.