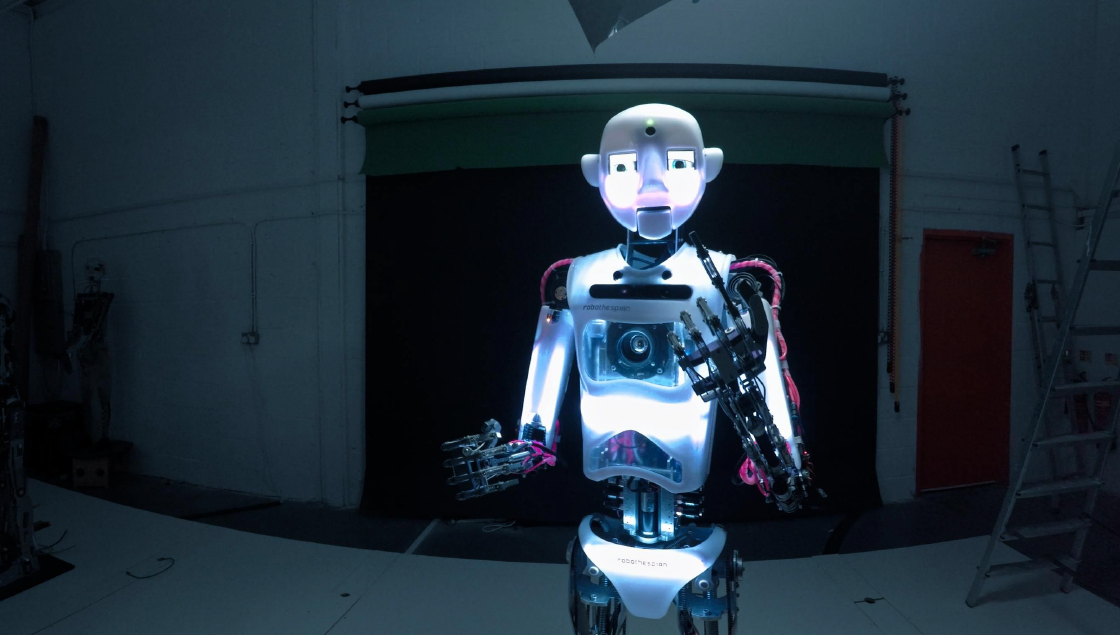 What does it mean to live in the age of intelligent machines?

More Human Than Human explores the rise of artificial intelligence (AI) and its effects on our lives. Once the realm of science fiction and futurist visions, AI is now part of our current reality. Self-driving cars, autonomous drones seeking their next target or government agencies mining our personal data, we are surrounded by smart machines already.

Increasingly, we expect machines to know what we want when we ask, “Hey, Siri?”

Tommy Pallotta takes builds his own robot to see if it can replace him as a filmmaker. He and his team design, build, and programme the robot to think autonomously and test if it can direct and interview him.

The complexity of tasks that smart machines can perform is increasing at an exponential rate. Where will this ultimately take us? If a robot can learn to fold a towel on its own, will it someday be able to cook you dinner, perform surgery, and even conduct a war?

More Human Than Human instigates this debate between futurists and sceptics, about the potential of Artificial Intelligence. The filmmakers take us on a quest of understanding these innovations, opposing views and challenging our aspirations for the future of man and machine.

“None of the robots get naked, swear, or go on a wild rampage, slaughtering everyone named Sarah Connor.”
– The Verge

More than just an exposé on the pro and cons of this new technology, the filmmakers’ investigation takes them to the world’s leading AI experts and robot pioneers, confronting them with the existential questions that artificial intelligence begs us to ask.

What are the values and ideas scientists build into their creations? How are our lives changing by these smart machines? And, will AI render humanity obsolete?