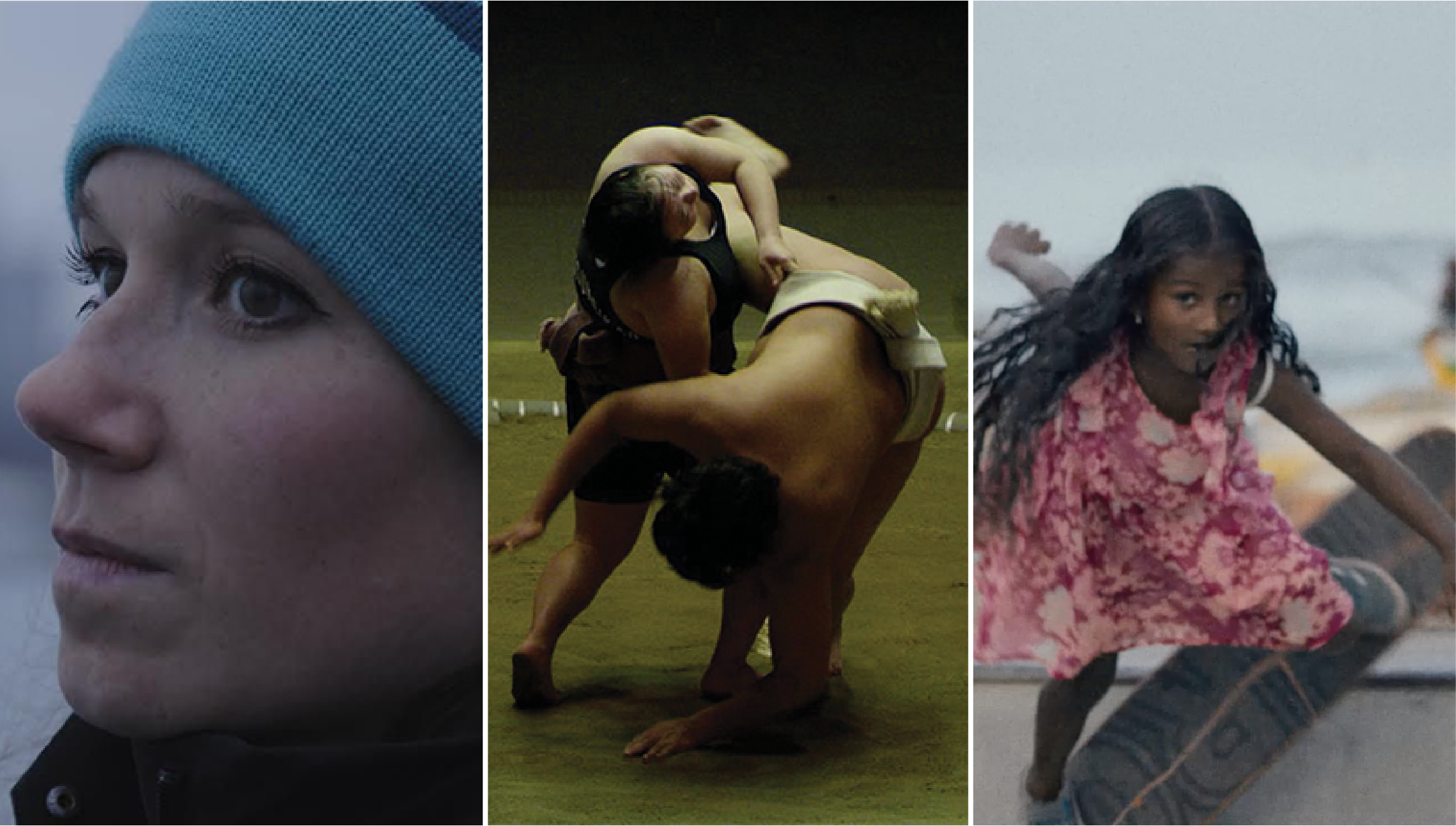 A collection of three short films from around the world, featuring young women and their aspirations.

Kamali
Directed by Sasha Rainbow (India)
Seven-year-old Kamali is the only girl skateboarder in a small fishing village in India where, by chance, a skate ramp happened to be built right outside her house.

Suganthi, Kamali’s timorous mother, has recently found the courage to leave her abusive husband. She decides to take a pilgrimage in a quest for self discovery.

As mother and daughter are separated for the first time, both must find their freedom as they dare to step outside into a man’s world.

Space to Explore
Directed by Katherine DuBois (Canada, USA)
Natalie Panek has spent her life focused on her biggest dream – to be the first person to set foot on another planet. An aerospace engineer, a pilot, an influencer, an avid explorer, Natalie has made it to the top 100 astronaut candidates.

On an outdoor adventure to the Mars-like terrain of Moab, Utah, Natalie seeks to reconcile life’s stumbles, redirections and challenges in her pursuit of space travel.

But faced with Moab’s sky-high arches and pinnacles, breathtaking views and a canopy of stars, it’s easy to believe that all the adventure someone needs is right here on earth.

While preparing for the biggest tournament of her life, Hiyori is forced to question why females are forbidden from professional wrestling and why most women retire early.

She has the drive and ambition, but is that going to be enough to succeed in a country and sport that is overwhelmingly led by tradition and protocol?