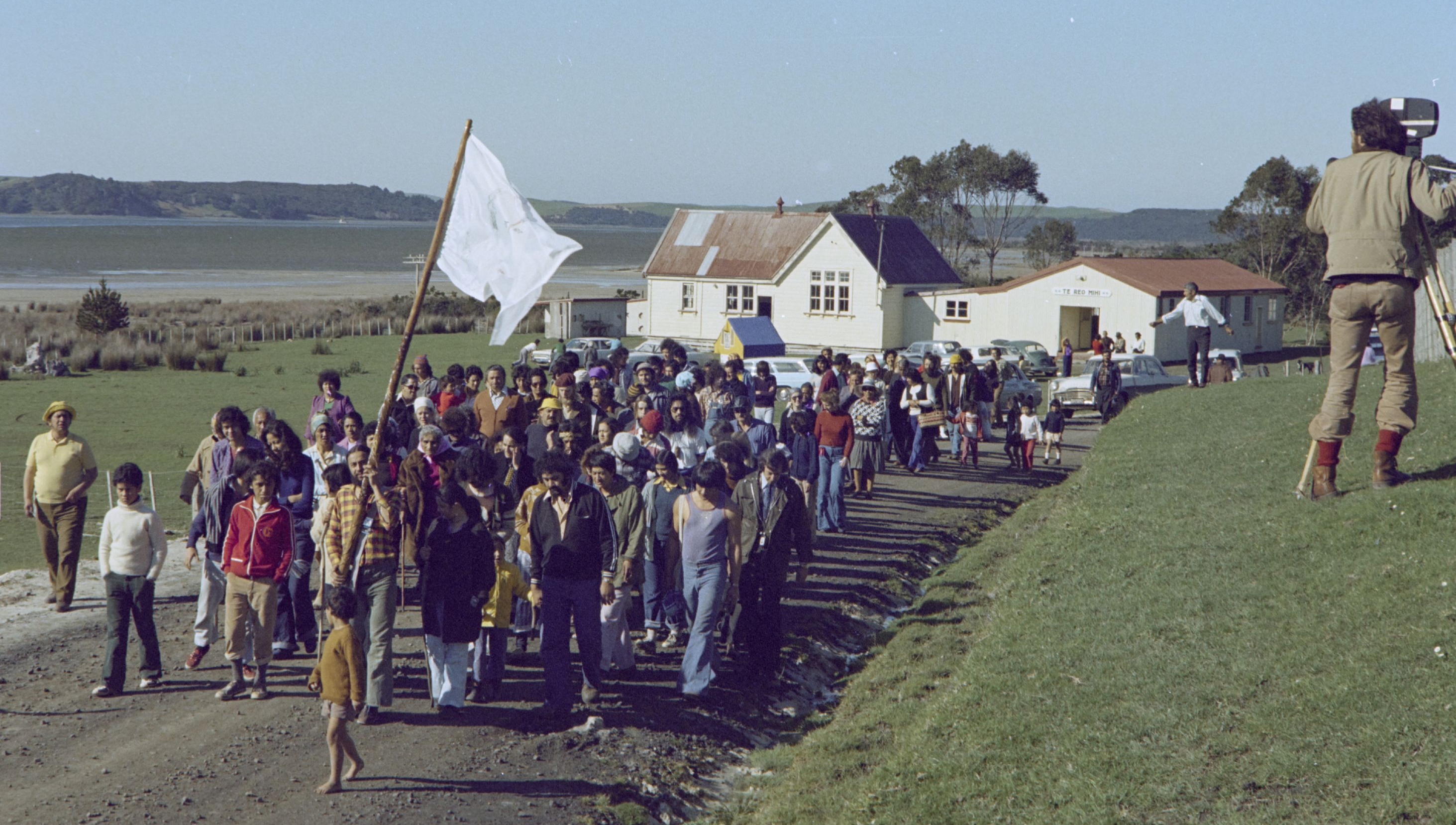 An observational account of Te Rōpū o Te Matakite (‘Those with Foresight’) protest march from Te Hāpua Marae in the Far North to the gates of Parliament in Wellington. Dame Whina Cooper was the charismatic leader whose cry “Not One More Acre” inspired the 1975 hīkoi sometimes referred to as the Māori Land March.

Fifty marchers left Te Hāpua on 14 September for the 1000-km walk to Wellington. Led by 79-year-old Cooper, the hīkoi quickly grew in strength. As it approached towns and cities, local people joined to offer moral support. The marchers stopped overnight at different marae, on which Cooper led discussions about the purpose of the march. About 5000 marchers arrived at Parliament and presented a petition signed by 60,000 people to Prime Minister Bill Rowling.

This early Geoff Steven documentary includes interviews with many on the march, including Eva Rickard, Tama Poata and Cooper herself. There is stirring evidence of Cooper’s oratory skills.

The small film crew captured the behind-the-scenes organisation of the coalition of Māori groups required and the spiritual significance of the journey protesting alienation of Māori land. The intricately carved pou whenua that was held upright throughout the journey became symbolic of the perpetual nature of the land protests – a fight that will not cease: “Where one dies there will always be one to replace”.

A landmark depiction of the eviction of protestors from Takaparawhau (Bastion Point).

From 5 January 1977 until 25 May 1978, Ngāti Whātua reclaimed the land, building living areas and planting crops. On the 507th day, 222 protestors, who were engaged in non-violent resistance, were arrested by 600 police and army officers.

Many Aucklanders were shocked to hear on the radio news that morning that Prime Minister Robert Muldoon had reportedly sent tanks (in fact army trucks) down the motorway towards Takaparawhau / Bastion Point to support the police in their raid. The government had been planning to sell the confiscated Māori land, the most valuable real estate in Tāmaki Makarau, to the highest-bidding developers for them to build and profit from high-cost housing for the wealthy.

The occupation was one of the most significant events in modern-day Māori protest.

“It has a partisan viewpoint, is short on commentary, and emphasises the overkill aspect of the combined police / military operation. It is a style of documentary that I have never deviated from because it best expresses a Māori approach to filmmaking.” – Merata Mita.

For more about the occupation of Bastion Point / Takaparawhau, watch the 1999 TV documentary: Bastion Point – The Untold Story, available at NZ On Screen. 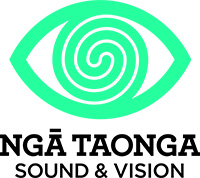 Our purpose is to collect, care for and share the audiovisual taonga of Aotearoa. We care for an ever-growing collection of films, radio, television, sound recordings, props and documents spanning 120 years of Aotearoa’s sound and moving image history.