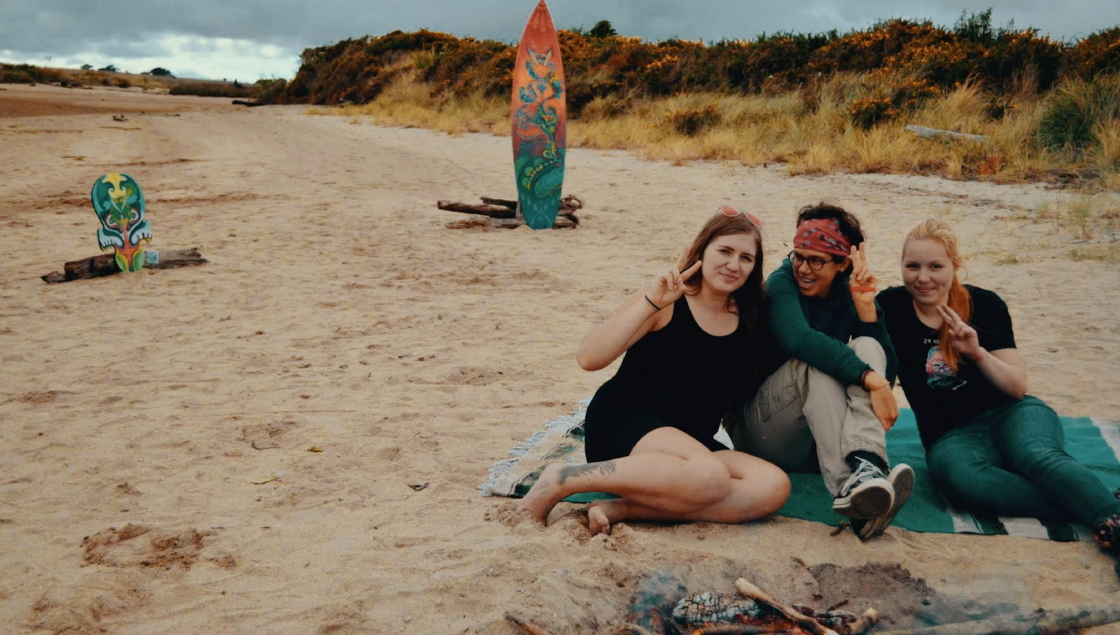 DIRECTED BY
2019
Italy
73 min
BUY TICKETS ADD TO FAVOURITES
“You can touch what could be the future for the rest of us.”
– Marco Gianstefani

Karamea could be another world, at one end of the Heaphy track near the top of the South Island’s west coast. There aren’t a lot of reasons to go there.

It is only a three to four hour drive from the nearest point of civilisation as we know it. Karamea sits, 100 kilometres from the nearest town, literally at the end of the road, a community surrounded by a beautiful, green and lush national park.

Director Marco Gianstefani’s Karamea follows the inspiring journey of ‘modern-day hippies’ who have made this community their home, attempting to change the world from one of the most remote places on earth. They might be far away from mainstream civilisation, but they’re passionate about living the way they choose to.

Living in Peace Project founder Paul Murray and his unusual crew are attempting to create an economic and environmental revolution.

“A philosophy of ‘quality over quantity’”

The pillars of the Karamea lifestyle include a barter system, renewable energies, organic agriculture and permaculture design; but it isn’t just about solar power, water supply tanks or knitting your own muesli.

It is simply a philosophy of ‘quality over quantity’ that the people of Karamea practice in every aspect, following the sustainable living playbook their own way and delivering staggering results: prosperity, success, and happiness.

Karamea is a place people don’t leave willingly – even the film’s director was deported during the making of the film.