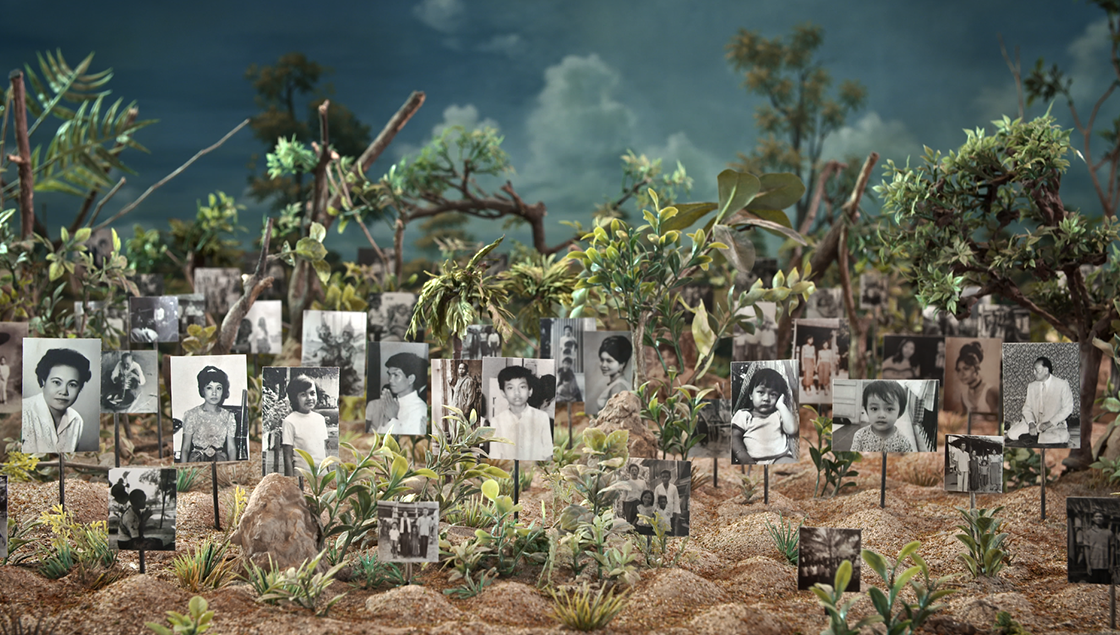 Graves Without a Name

After The Missing Picture (Un Certain Regard winner at Cannes and Oscar nominee for the Best Foreign Language Film), Killing Machine and Exile, Cambodia’s most celebrated auteur continues his personal and spiritual exploration of Cambodia’s time under the Khmer Rouge.

Graves Without a Name searches for a path to peace as director Rithy Panh attempts to locate the graves of family members and friends who perished in work camps during the Khmer Rouge regime of late-1970s Cambodia.

Seeking to give them proper burials, he scours the countryside on the advice of spiritual leaders. What does he find?

“Broken-down remains of the dead – teeth, buttons, bones – are still churned up in the soil they work on a daily basis.”

Spectral trees? Villages defaced beyond recognition? Witnesses who are reluctant to speak? The ethereal touch of a brother or sister’s body as the night approaches?

Above all, what is he looking for?

Panh’s unflinching film provides an insight into the darkest chapter of a nation, and the tenacity of its people. This highly-cinematic movie reaches well beyond the story of a devastated country for a glimpse of something universal.