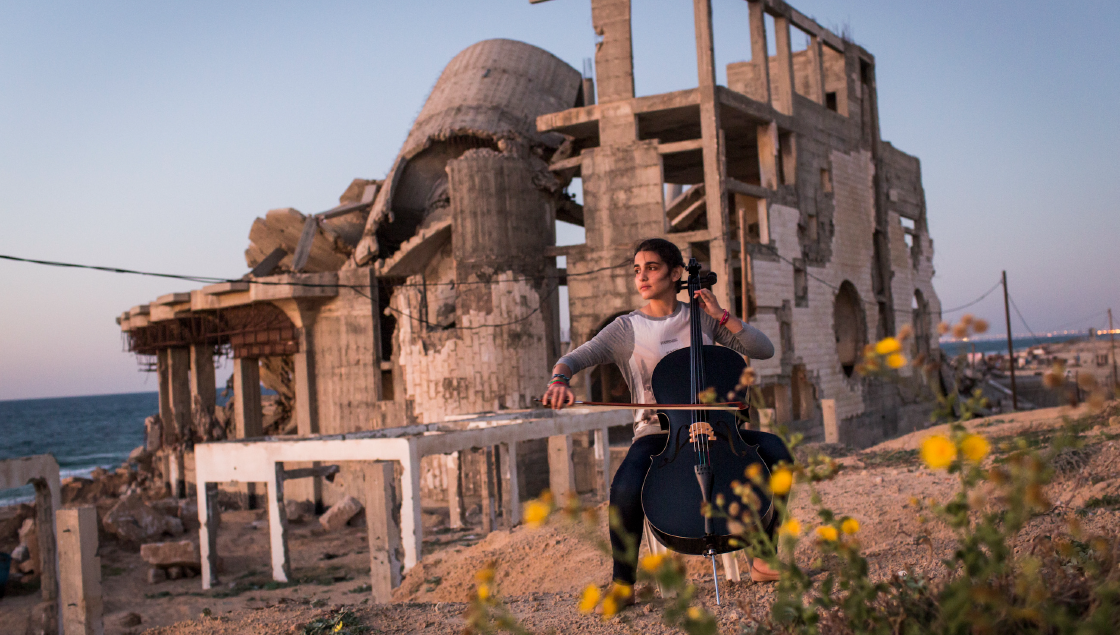 It’s hard to imagine anybody living a normal life in the Gaza Strip. Frequently labelled as the world’s largest open-air prison, it makes an appearance on news reports every time a confrontation erupts between Israel and Hamas. On TV sets thousands of miles away, this tiny piece of land has been reduced to an image of violence, chaos and destruction.

The Gaza which is seldom seen is ordinary, everyday Gaza, a coastal strip smaller than Lake Taupō and home to an eclectic mix of almost two million.

So what do the people who live there do when they’re not under siege?

Gary Keane and Andrew McConnell’s atypical approach to their subject matter yields unexpected, unfamiliar stories of people plagued by conflict but not defined by it.

“We don’t wanna be killed or injured. We simply want to live.”
– Paramedic in Gaza

Gaza cannot be understood in a purely political context or by analysing tragic sound bites during conflict. It can only be understood by immersion, by living amongst its people and by recognizing and exploring its rich social diversity and cultural subtleties.

As the filmmakers travel through the physically broken and battered landscape, they allow their subjects to speak for themselves.

Through them, we gain a nuanced understanding of what life is really like for Gaza’s citizens. In Keane and McConnell’s tender portrait of beleaguered humanity, we experience familiarity and affinity with this unique community.