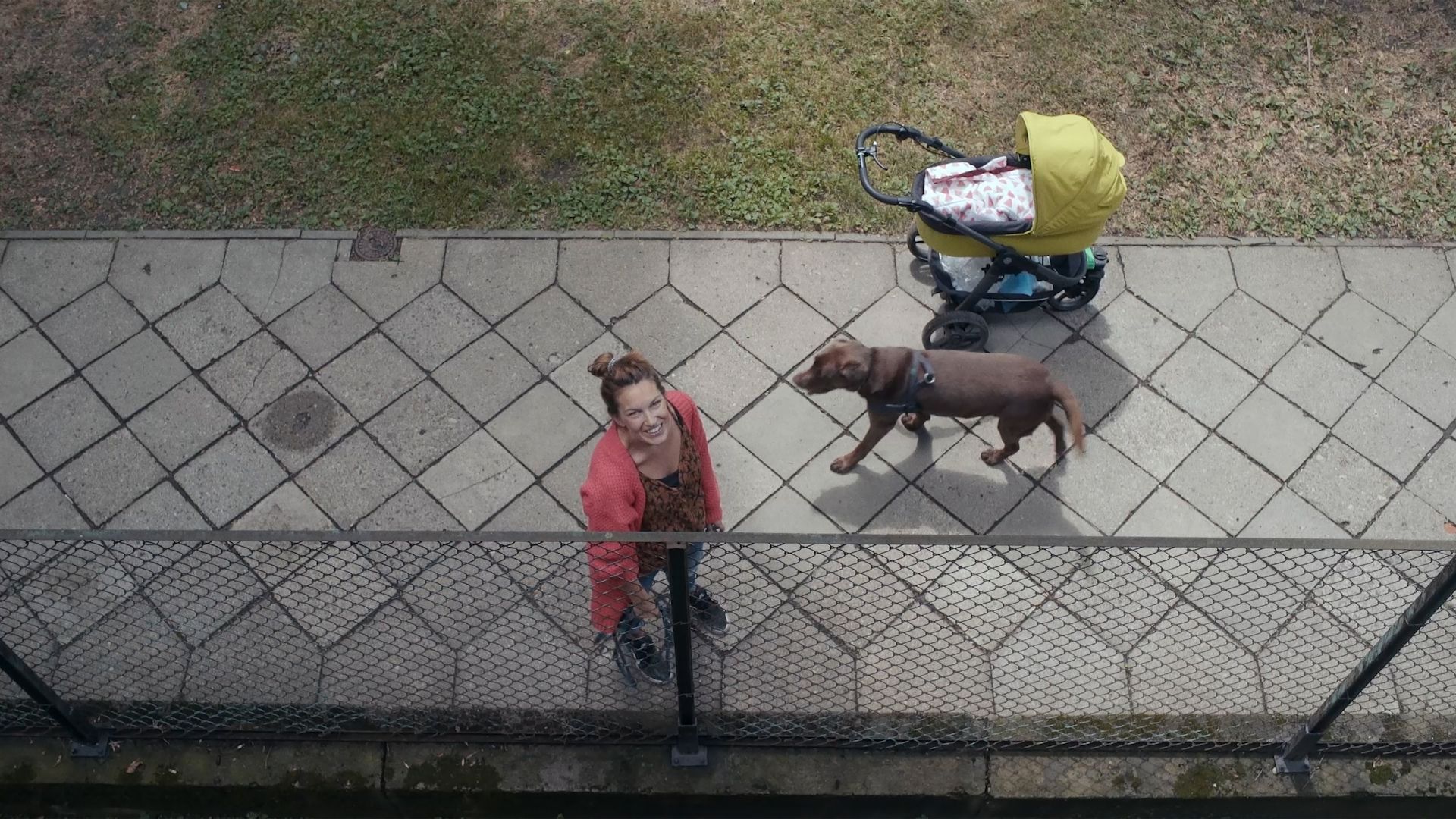 A film for anyone who wondered about the life of a stranger they’ve passed on the street.

Can anyone be a movie hero? Can the world be locked in one film frame? Maybe if one kept still long enough the world would turn to look into the camera lens?

In his film experiment, director Lozinski watches people from his balcony and barrages them with questions about how they cope with life. His genuine interest is rewarded with the most intimate stories. The protagonists carry secrets and mysteries and are not easy to label. Every story is unique, and life always surpasses imagination.

The director spent 165 shooting days on his balcony and talked to 2,000 people over 2 and a half years. Using his colourful cast to narrate life Lozinski has created a film that is shimmeringly kaleidoscopic and harmonious, startling and engaging, by turns cheerful and contemplative.

Revealing a glimpse into the craft of documentary film-making, he remains deeply curious about his protagonists. Lozinski focuses as much on the exchange that takes place, as on the bond that develops between himself and the passers-by who keep returning to his camera.

The Balcony Movie is an affirmation of life, a mirror for everyone to see themselves in.