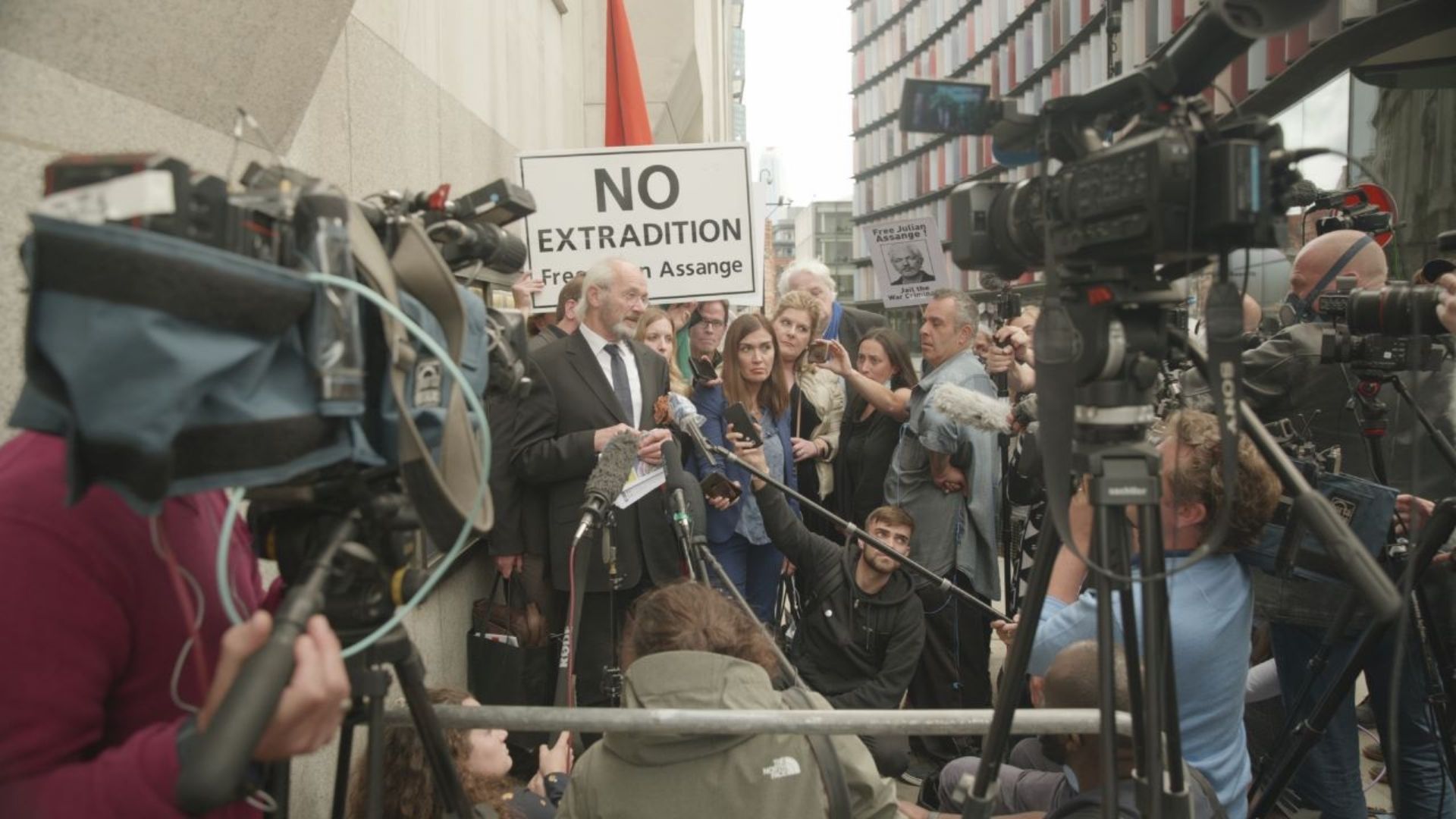 A Father. A Family. A Fight for Justice.

Never has a story been more poignant and powerful than Julian Assange’s father’s fight for his son’s freedom. This is the human story behind the headlines.

As a 76-year-old retired builder, how will John Shipton find the strength to keep going on his campaign to save his son? With Julian facing a 175-year sentence, his family are confronting the prospect of losing him forever.

WikiLeaks founder Assange is the world’s most famous political prisoner. He has become an emblem of an international arm wrestle over freedom of journalism, government corruption and unpunished war crimes.

This David-and-Goliath struggle is personal. With Julian’s health declining in a British maximum-security prison and American government prosecutors attempting to extradite him to face trial in the US, the clock is ticking.

Weaving historic archives and intimate behind-the-scenes footage, this story tracks John’s journey alongside Julian’s fiancée, Stella Moris, as they join forces to advocate for Julian. John embarks on a European odyssey to rally a global network of supporters, advocate politicians and cautiously step into the media’s glare – where he is forced to confront events that made Julian a global flashpoint.

Ithaka provides a timely reminder of the global issues at stake as well as an insight into the personal toll inflicted by the arduous, often lonely task of fighting for a cause bigger than oneself.