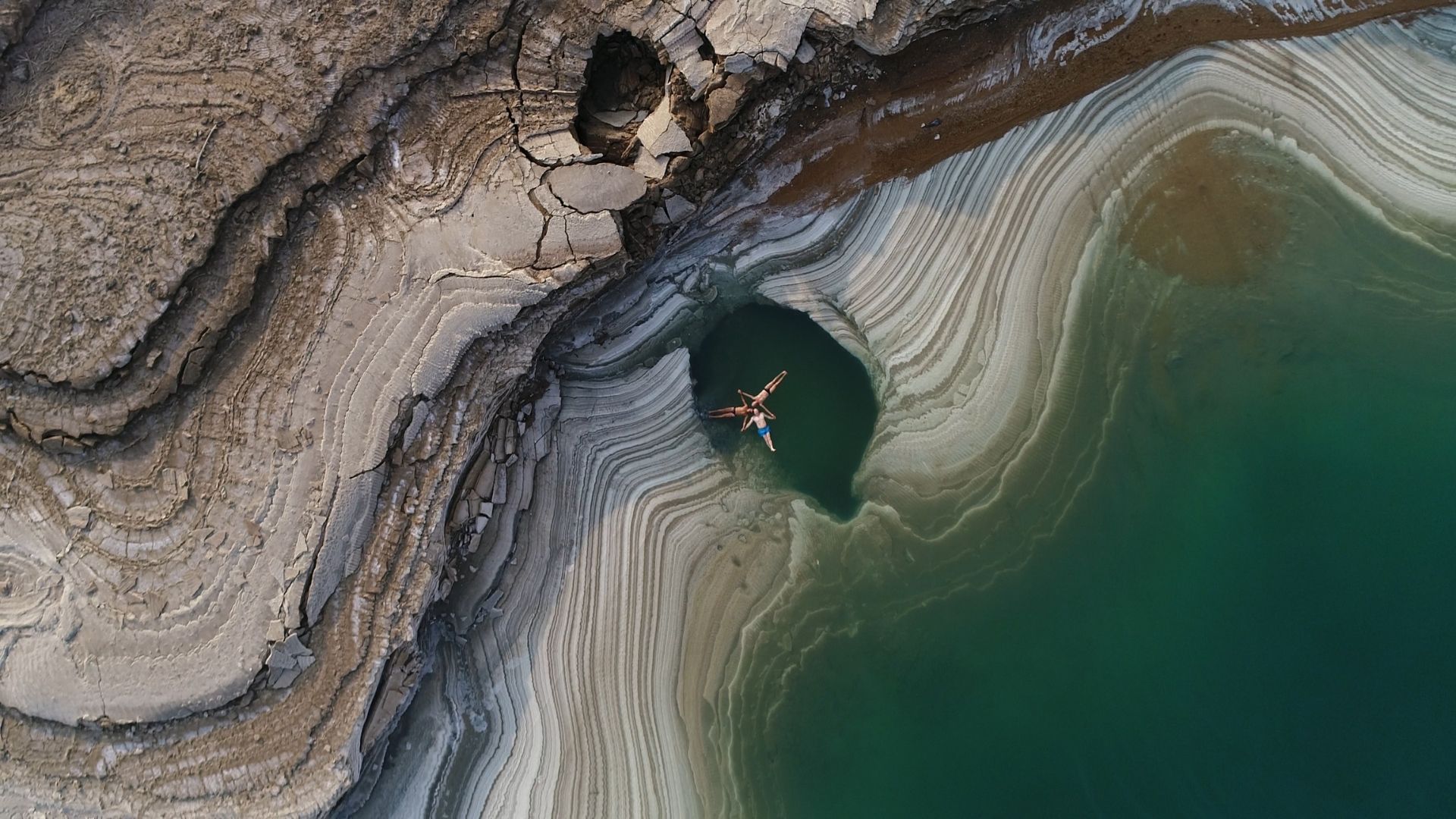 Three nations in endless conflict are willing to risk their lives in order to save the Dead Sea.

Over the past two years directors, Kleinman and Glass have documented the lives of three men and their mission to save the Dead Sea from drying up. With not much in common between the men, and social and cultural codes making it difficult for them to mesh, will their love for the land be enough to save the Sea?

The film follows Oded from Israel, Munqeth from Jordan, and Yusuf from Palestine with each of them living very different lives. Together they come up with a high-profile event to capture people’s attention to the environmental catastrophe happening in their own backyards. They will put together a group of international swimmers to do something that has never been done: to swim across the Dead Sea, from Jordan to Israel.

The film follows this extraordinary and dangerous action, hoping to achieve media exposure to drive the region’s countries to act. However, the friendship between the trio is tricky, and the political realities and personal baggage that each one must deal with are explored.

The only chance for saving the Sea lies in connecting people, bridging their divisions for the greater good. The trio are willing to take the risks because they understand their steps of trust are the only way to create change. One swim at a time.

The film was nominated for Best Documentary Film at the Haifa International Film Festival in 2021.