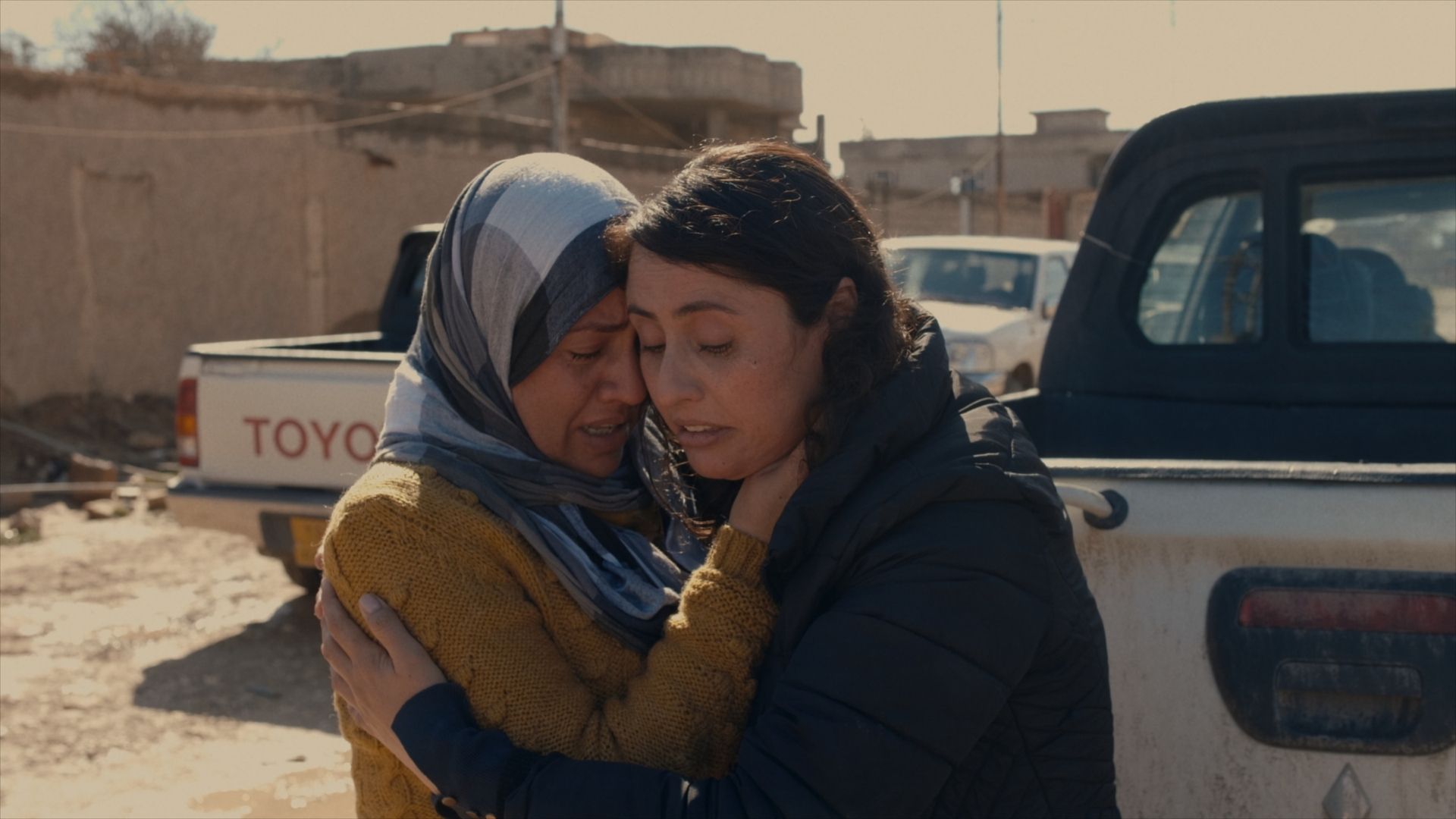 One brave woman’s quest to keep a promise to her dying father and free her sisters, who were held captive by ISIS.

Once the largest settlement of the Yezidis in Iraq, Sinjar today is nothing but endless rubble. Following the 2014 ISIS attack, the Yezidis were executed, brainwashed, tortured, raped and forced into sexual slavery, all of which were meant to wipe out their peace-loving community forever.

At the heart of the film lies the striking story of an incredible woman, Hanifa. Five of her sisters were abducted in August 2014. The youngest was seven, the oldest eighteen. Shortly thereafter, at her father’s deathbed, Hanifa swears to him that she’ll find the girls and unite the family.

The film traces Hanifa’s footsteps to fulfil her promise and presents riveting testimonies of genocide survivors. One such survivor is Saeed, who narrowly missed being executed in his native village, Kocho, which now conceals thousands of human bones. Saeed remembers the faces of those who pulled the trigger. He survived to testify to the horrific crimes committed and to avenge his loved ones.

Oscar and Emmy-nominated filmmaker Polak enters this blood-drenched land to throw a spotlight on the 21st-century Yezidi genocide and its stories of hope and courage.