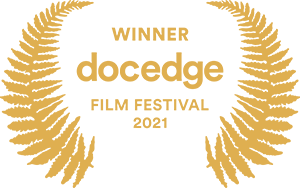 The extraordinary life story of a fearless marine maverick whose passion for sharks knows no bounds – even when there should be.

Valerie Taylor is a living legend in the underwater world. A glamorous shark hunter in the 1950s, she was a champion slayer with ruthless aim, before a personal epiphany transformed her into a passionate marine conservationist.

Long before anyone else in her field, Valerie dared to get close. Closer than was necessary for her own good. This is the incredible true story of how she decided to swim against the tide of human misconception to celebrate sharks. Featuring a charismatic heroine, a stranger than fiction story, scenes from the making of Jaws and the most terrifying of on-screen creatures, the shark. This illuminating and captivating documentary by Emmy-nominated  New Zealand writer-director  Aitken,  draws on incredible re-mastered film footage captured over 50 years.

Valerie’s astonishing bravery underwater will change the way you view sharks. As Dian Fossey was to gorillas and Jane Goodall is to chimps, so is Valerie Taylor to this 450-million-year-old class of carnivorous, cartilaginous fish.

A Q&A with Sally Aitken will follow the screening in Wellington on 23 June moderated by Sam Trubridge.

“A tale right out of mythology, with the hunter becoming the protector, helping to save the animals whom she had previously helped to portray as monsters.”
Alonso Duralde, The Wrap