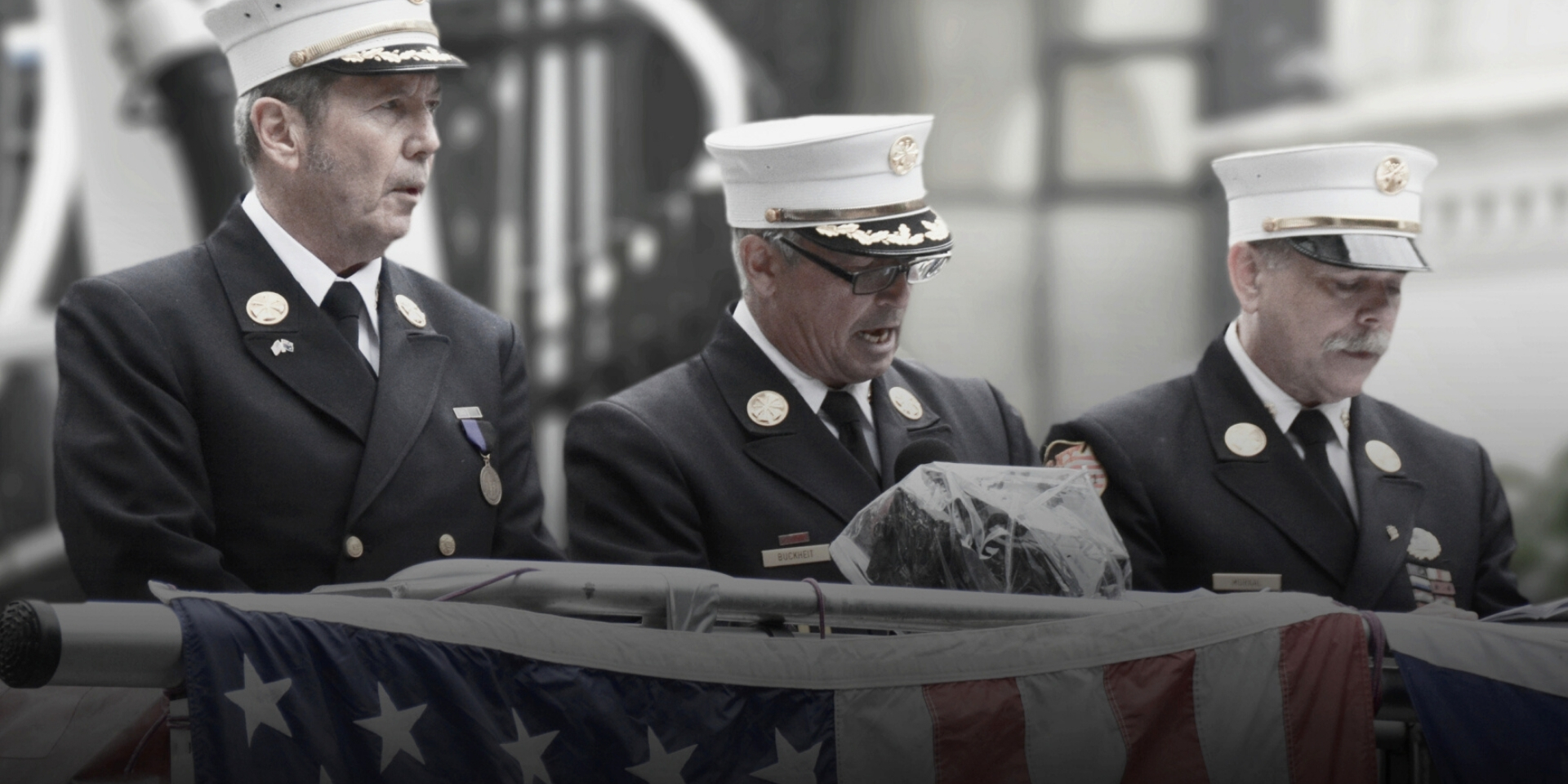 Doc Edge and the U.S. Embassy in New Zealand will commemorate the 20th anniversary of 9/11 with a free online event on Saturday 11 September 2021 on Doc Edge’s Virtual Bubble platform.

Commemoration events were previously scheduled to take place in-person throughout New Zealand but will now be presented virtually due to shifting COVID alert levels.

The 9/11 program will begin with the streaming of FireUp Events’ annual Firefighter Memorial Ceremony.  “FireUp Events is an organization operated by members of the NZ firefighter community,” said organiser Tony Scott. “We host an annual memorial ceremony at Auckland’s Sky Tower to honour the 343 New York firefighters lost on 9/11 and we also remember 65 brave firefighters that have been lost in the line of duty in New Zealand. The event usually concludes with a stair climb to the top of the Sky Tower. The stair climb has been postponed but the ceremony will be available virtually to audiences across Aotearoa New Zealand and will be livestreamed around the world, including to fire stations in New York City.”

Following the service, the Doc Edge and U.S. Embassy Live Event will commence at 12pm, with a conversation with former Prime Minister, Helen Clark, and U.S. Acting Ambassador, Kevin Covert hosted by Mike Rehu. At 12.30pm, a special screening of two short films followed by a Q&A – all available for free viewing on Doc Edge’s Virtual Bubble.

At the conclusion of the film showcase, there will be a live panel discussion moderated by the U.S. Embassy’s Acting Ambassador Kevin Covert, featuring representatives from the New York City Fire Department, Fire and Emergency New Zealand, and Heroes Amongst the Flames director Zach Shannon.

The two films together with other films on 9 / 11 will be available for viewing on the Doc Edge Virtual Bubble for the month of September.

Doc Edge is the home for storytelling that changes your world. Our kaupapa is to celebrate, support and showcase documentary.
Doc Edge (The Documentary New Zealand Trust) is a not-for-profit films/arts organisation founded in 2004 in Auckland, New Zealand