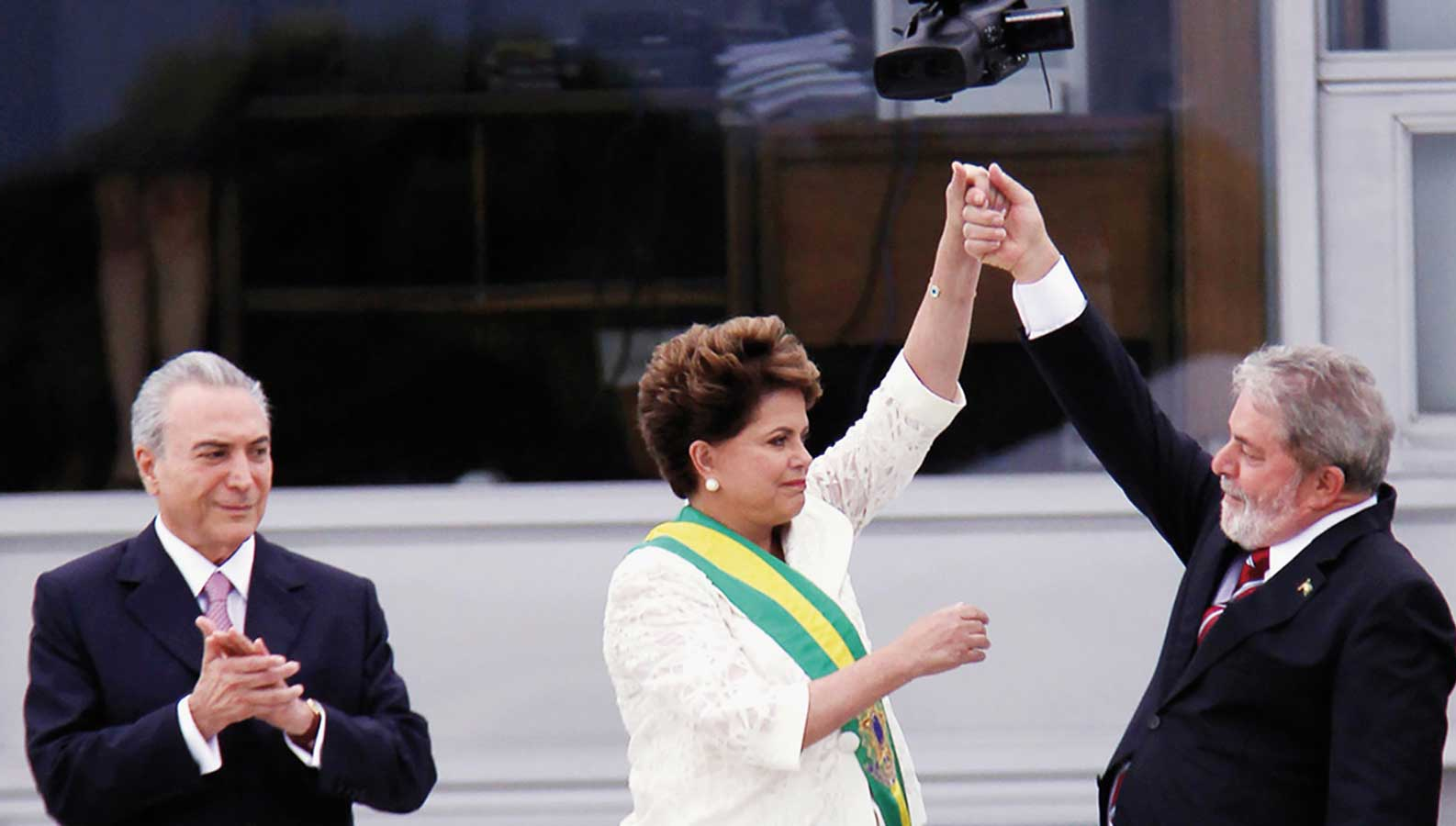 The Edge of Democracy

Petra Costa lights a personal and political fuse to explore one of the most dramatic periods in Brazilian history. The result is a powerful document on the wave of nationalism sweeping both Europe and the Americas in recent years.

“Imagine a country,” she proposes, “that imported more slaves than any other… that after 21 years of dictatorship, finally establishes democracy.”

The filmmaker leverages her access to Brazilian leaders past and present, witnessing their rise and fall – and the tragically polarised nation that remains.

The director observes that she is roughly as old as Brazil’s post-dictatorship democracy, but she has other reasons to feel connected to it. Her parents were both radical opponents of the dictatorship, and spent time in jail and in hiding for their beliefs.

“A mournful but clear-eyed look at one of the many governments on the planet currently either going to or simmering in Hell.”
The Hollywood Reporter

Blending the personal, poetic and political, filmmaker Petra charts the unfolding political landscape of Brazil to explore one of the most dramatic periods in her country’s history.

With unprecedented access to Presidents Dilma Rousseff and Lula da Silva, Petra explores the rise and fall of both leaders and the tragically polarised nation that remains. The film not only captures this crucial moment in history but serves as a cautionary tale for these times of democratic crisis.