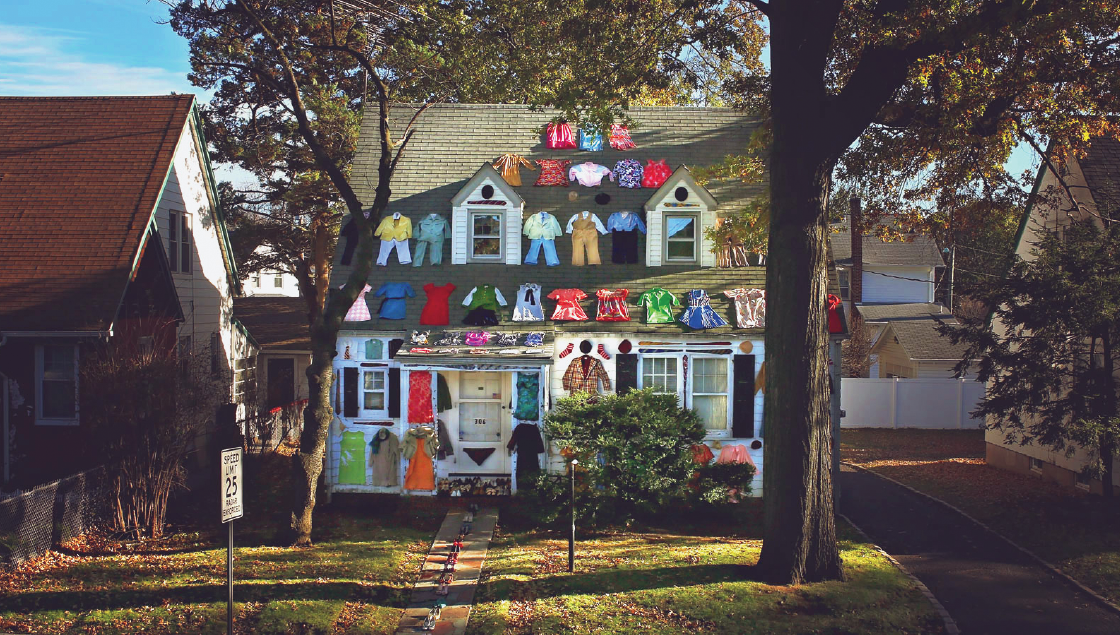 DIRECTED BY
2018
United States
94 min
BUY TICKETS ADD TO FAVOURITES
“A New Jersey grandmother’s house becomes an archaeological dig that unearths the history of an ordinary life plus a heavy dose of whimsy.”
– Variety

When siblings Elan and Jonathan Bogarín lose their Grandma, they uncover an extraordinary universe in the seemingly ordinary home they inherit. Their overwhelmed mother tells them to “Sell the house, and throw everything out!”

But as Elan and Jonathan bring out the trash bags they are stopped in their tracks. There are a pair of their grandmother’s size 4 white Reebok sneakers, the last perfectly-folded load of laundry, her handwritten note: ‘Don’t lock the bathroom door!’

All of these once meaningless objects are now bizarrely full of meaning. In the thousands of belongings that still populate 306 Hollywood Ave, it feels like she is still there.

The brothers used to have a grandmother, now they have her house full of junk.

Instead of discarding the detritus of a life, they embark on a forage of epic dimensions to find what life remains in the objects left behind. The story unfolds in a cinematic language of both documentary and fiction, defying genre and using myth and fairy tale as inspiration.

Grandma’s house and all of her collected junk at 306 Hollywood Avenue spring to life in this rule-breaking gem of magical-realism.

Orly David, whose The Film Collective distributes 306 Hollywood and Our Time Machine, was a guest at the Doc Edge Forum.